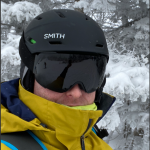 Located in Austria, the Ski Amadé (http://www.skiamade.com/en/winter)is the largest skiing area in Europe with approximately 280 lifts and almost 900 kilometers of slopes. The Ski Amadé consists of five individual regions, in surrounds 28 villages are located.

The Ski Amadé, is a widely known area, and is famous for its annual events in Flachau, Planai,
Schladming and Zauchensee where they host the skiing World Cup. In fact it was in Schladming that Lindsey Vonn crashed out in spectacular fashion last week.

Hermann Maier, who was raised in the city of Flachau, is seen by many as one of the greatest skiers of all time (he won four overall World Cup titles, two Olympic gold medals, three World Championship titles and 53 races in the Alpine Skiing World Cup circuit) and nowadays featuring as a living billboard.

The 5 regions of the Ski Amadé are the

Of these regions, the Salzburger Sportwelt is the largest with over 350 kilometers of slopes in total.

Wagrain, St. Johann (Alpendorf), Zauchensee, Flachau, and Radstadt are all villages that are widely known and very popular by both Austrians. During the weekends it can get busy at the lifts due to the fact that the it’s within day trip distance from Germany and Italy. Especially during the peak weeks the villages are packed and the slopes can be a bit too busy. But don’t worry the there is plenty of room for everyone !

As there are 350 kilometers of slopes (you will have to use a bus to travel between most
villages, but these trips are free and most of the time about ten minutes) there are many ways to
avoid the masses of people. In my experience, Zauchensee is the best place to go on busier days while Flachau and Wagrain are the more familiar places (with more ski classes).

As the bus is pretty much inevitable (or your own car, whatever has the preference), staying in places like Reitdorf (about 500 meters from the village of Flachau) is a cheap option compared to staying in the more expensive villages like Wagrain and Flachau. We reviewed before a good location in Altenmarkt which is worth checking out for the gourment experience.

The Salzburger Sportwelt has an advanced network of lifts, mainly consisting of gondolas and lifts with heated seats, don’t worry about drag lifts unless you are on the beginner slopes.

Flachau is famous for its après-ski (the Hofstadl, Fire & Ice and the Dampfkessel are a few examples). Therefore, I reckon it’s the most complete village for a skiing holiday in the Salzburger Sportwelt. Snow Space Flachau is located in the center of the other (Zauchensee – Highlife in the Mountains, Wagrain Grafenberg and St. Johann-Alpendorf) skiing areas and it’s next to the highway (250 meters), so travelling is relatively easy.

If you have been to the Ski Amadé yourself and made a video about your holiday, please visit the official website (link above) and submit it! They host a video contest every year in which you can win amazing prices (1st price: a free skiing holiday)!

Ski in Style for less this year